The Extra Point
Up Next
...
No items found.
Read More 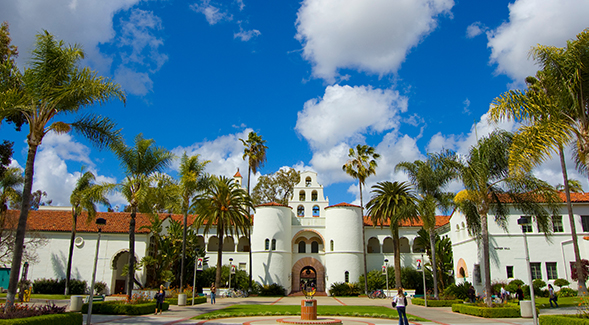 Proposition 16 is a constitutional amendment that would repeal Proposition 209, passed in 1996, from the California Constitution. Proposition 209 stated that discrimination and preferential treatment were prohibited in public employment, public education, and public contracting on account of a person's or group's race, sex, color, ethnicity, or national origin. Therefore, Proposition 209 banned the use of affirmative action involving race-based or sex-based preferences in California.[1]

Without Proposition 209, the state government, local governments, public universities, and other political subdivisions and public entities would—within the limits of federal law—be allowed to develop and use affirmative action programs that grant preferences based on race, sex, color, ethnicity, and national origin in public employment, public education, and public contracting.[1]‍

If approved, Proposition 16 will repeal Proposition 209 from 1996, which prohibited state and local governments from discriminating against individuals or groups based on race, sex, color, ethnicity or national origin.

What do 'Discrimination' and 'Preferential Treatment' Mean within the Context of Proposition 209?

In Hi-Voltage Wire Works v. San Jose (2000), the California Supreme Court held that, within the context of Proposition 209:[2]

There is disagreement about the significance of Proposition 209 including language that prohibited discrimination. Assembly Judiciary Committee counsel Thomas Clark said, "The measure's language prohibiting 'discrimination' was largely superfluous, given that state and federal law, as well as the equal protection clause of the 14th Amendment, already prohibit such discrimination. What was new about Proposition 209, therefore, was the prohibition on 'preferential treatment.'"[3] Wenyuan Wu, executive director of the campaign opposed to Proposition 16, responded, "If the 14th Amendment to the U.S. Constitution could sufficiently render anti-discrimination laws at the state level superfluous, then there would have been no need to establish or keep laws such as Article I Section 7 of the State Constitution which explicitly reaffirms the U.S. Constitution’s principle of equal protection of the laws and equal opportunity, the California State Education Code (EDC), Article 3 Section 220, or Donahoe Higher Education Act, Article 2 Section 66010.2 (C). Or one could argue these aforementioned laws could render one another 'superfluous'?"[4]

Proposition 209 received 54.55 percent of the vote at the election on November 5, 1996, making California the first state to adopt a constitutional ban on race-based and sex-based affirmative action.

Ward Connerly, a member of the University of California Board of Regents, led the campaign behind Proposition 209. "Affirmative action was meant to be temporary," wrote Connerly, "It was meant to be a stronger dose of equal opportunity for individuals, and the prescription was intended to expire when the body politic had developed sufficient immunity to the virus of prejudice and discrimination." He added, "Three decades later, affirmative action is permanent and firmly entrenched as a matter of public policy. ... not because of any moral imperative but because it has become the battleground for a political and economic war that has racial self-interest as its centerpiece."[5] In 1997, Connerly founded the American Civil Rights Institute, which supported ballot initiatives modeled on Proposition 209 in Washington, Michigan, Colorado, Nebraska, Arizona, and Oklahoma.[6]

In 2020, Asm. Shirley Weber (D-79) introduced the legislation that would become Proposition 16, stating that "the ongoing [coronavirus] pandemic, as well as recent tragedies of police violence, is forcing Californians to acknowledge the deep-seated inequality and far-reaching institutional failures that show that your race and gender still matter."[7] She also said, "This is probably an opportune time given people’s interest in politics and given the kind of turnout that is anticipated — and given the fact that this is a different generation, that it may be possible for us to begin to work to reverse Prop. 209."[8] Connerly, responding to the proposal to repeal Proposition 209, said, "I believe we would win by a landslide once we let people know what affirmative action is really about."[9]

What Types of Affirmative Action would be Allowed?

Proposition 16 would remove the ban on affirmative action involving race-based or sex-based preferences from the California Constitution. Therefore, federal law would define the parameters of affirmative action. The U.S. Supreme Court has held that race-based affirmative action in higher education and government contracting must be reviewed under strict scrutiny. In the U.S., strict scrutiny is a form of judicial review that requires a law, policy, or program to serve a compelling state interest and be narrowly tailored to address that interest. Courts have ruled that strict racial quotas and racial point systems in higher education admissions are unconstitutional but that individualized, holistic reviews that consider race, when tailored to serve a compelling interest (such as educational diversity), are constitutional.

Supporting women and women of color who serve disproportionately as essential caregivers/front line workers during COVID-19.

Expanding access to solid wages, good jobs, and quality schools for all Californians, regardless of gender, race, or ethnicity.

See all the arguments in favor of Proposition 16 here.

Help those who really need it. Not every Asian American or white is advantaged. Not every Latino or black is disadvantaged. Our state has successful men and women of all races and ethnicities.Let’s not perpetuate the stereotype that minorities and women can’t make it unless they get special preferences.At the same time, our state also has men and women—of all races and ethnicities—who could use a little extra break. Current law allows for “affirmative action”of this kind so long as it doesn’t discriminate or give preferential treatment based on race, sex, color, ethnicity or national origin. For example, state universities can give a leg-up for students from low-income families or students who would be the first in their family to attend college. The state can help small businesses started by low-income individuals or favor low-income individuals for job opportunities.

See all the arguments against of Proposition 16 here.

Visit the Official Website for Yes on Proposition 16 here: https://voteyesonprop16.org/

Visit the Official Website for No on Proposition 16 here: not found

Who is Funding Proposition 16?

The Opportunity for All Coalition was organized as a political action committee (PAC) to support Proposition 16. The campaign had raised $3.25 million. M. Quinn Delaney was the largest donor, contributing $1,500,000.

Who is Supporting Proposition 16?‍

Carol Moon Goldberg, president of the League of Women Voters of California

Who is Opposing Proposition 16?‍