The Extra Point
Up Next
...
San Diego's Measure B is Pro-Police, Pro-Community
Read More 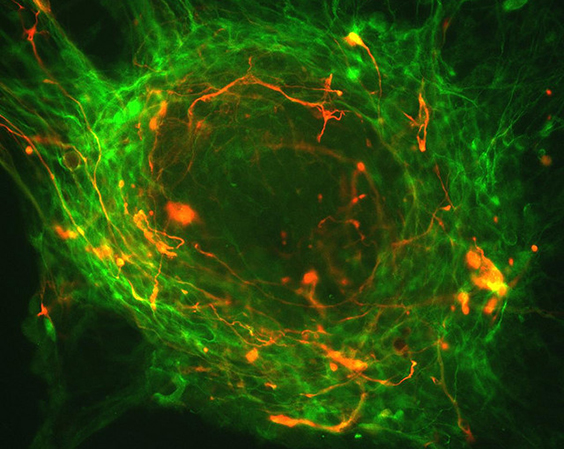 What Would the Ballot Measure Issue Bonds For?

The ballot initiative would issue $5.5 billion in general obligation bonds for the California Institute for Regenerative Medicine (CIRM), which was created to fund stem cell research. In 2004, voters approved Proposition 71, which created CIRM, issued $3.00 billion in bonds to finance CIRM, and established a state constitutional right to conduct stem cell research.[1]

What Changes Would the Ballot Measure Make to CIRM?

Who is Behind the Campaigns Surrounding the Ballot Initiative?

Californians for Stem Cell Research, Treatments & Cures, a political action committee, is leading the campaign in support of the ballot initiative. The campaign had received $6.58 million. Robert N. Klein II, a real estate investor and stem-cell research advocate, was the largest donor, contributing $4.63 million. Klein is also the chairman of Californians for Stem Cell Research, Treatments & Cures. He was the first chairperson of the California Institute for Regenerative Medicine, chief author of Proposition 71 (2004), and leader of the campaign behind Proposition 71.

What are the Official Ballot Arguments for Proposition 14?

See the rest of the arguments in favor of Proposition 14 here.

What are the Official Ballot Arguments Against Proposition 14?

In the middle of an economic crisis, with soaring unemployment and budget shortfalls in the tens of billions of dollars, we don’t have money to burn.We simply cannot afford the $5 billion that proponents ofProp. 14 are asking for.

The National Institute of Health provides $1.5 billion a year ing rants to fund the same type of research.Private investors and companies, including many in California, have made great strides in using stem cells to cure diseases—using private funds, not tax dollars.

See the rest of the arguments against Proposition 14 here.

Visit the official website for Yes on Proposition 14 here: not found

Visit the Official Website for No on Proposition 14 here: not found

Who is Funding Proposition 14

The Californians for Stem Cell Research, Treatments & Cures PAC was registered to support the ballot initiative. The committee had raised $6.57 million. Robert N. Klein II and Klein Financial Corporation provided $4.63 million to the PAC. The committee had expended $8.72 million (expenditures exceeded contributions due to accrued expenses).

If approved, Proposition 14 will authorize $5.5 billion in state general obligation bonds to fund grants from the California Institute of Regenerative Medicine. The grants will be used for stem cell research, stem cell therapy and administrative expenses, among other areas. The Legislative Analyst's Office estimates the total estimated cost, which includes interest, will be $7.8 billion. ‍

Who is Supporting Proposition 14?‍

Antoni Ribas, president of the American Association for Cancer Research

Robert Harrington, chairman of the Department of Medicine at Stanford University‍

Who is Opposing Proposition 14?‍

For more information, go to ballotpedia.org.