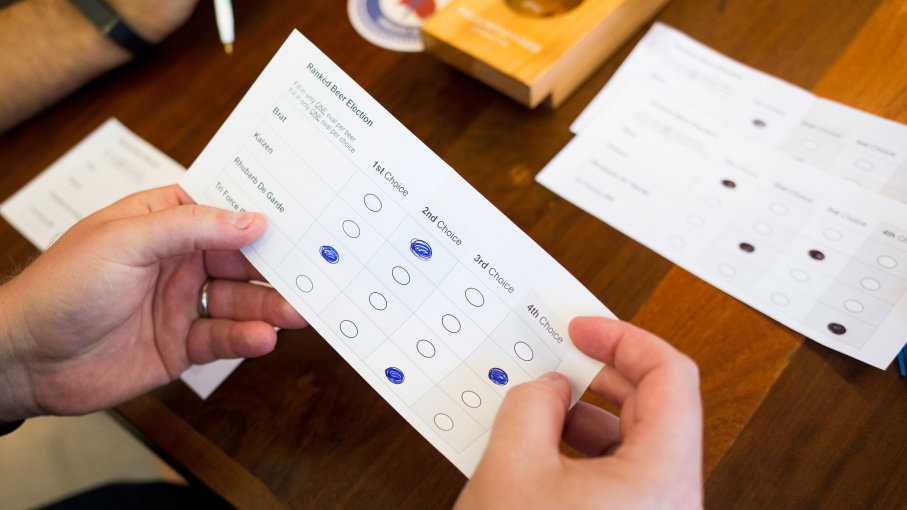 AUGUSTA, MAINE - Ranked choice voting for the 2020 presidential primary and to determine Electoral College votes is on its way to the desk of Maine Governor Janet Mills. The State Senate passed the ranked choice voting bill, LD 1083, in a 20-12 vote Monday during a special legislative session.

Ranked choice voting for the presidential election had already been approved by a majority of state lawmakers in both chambers in June. However, the bill was sent back to the State Senate after a last minute procedural move that kept the bill from being sent to Governor  Mills' desk. Supporters and grassroots advocates called on members of the State Senate to take it up during the special session.

Maine voters made history in 2016 by being the first to approve ranked choice voting's use at the state level. Maine voters didn't just vote once for the reform, but twice -- voting in 2018 to overturn legislative action that would have repealed the will of the people. The 2018 midterms marked the first time in US history ranked choice voting was used for statewide, legislative, and non-presidential primary elections, and the first time it was used in US House and Senate general elections.

Ranked choice voting is slated to be used in two Democratic caucuses (Iowa and Nevada) and 4 Democratic primaries (Alaska, Hawaii, Kansas, and Wyoming) in the 2020 presidential election. Maine, however, could be the first state in the US to decide how electors cast their votes through the ranked choice tabulation.

Gov. Mills has indicated in the past that she would sign the ranked choice voting bill. Stay tuned.