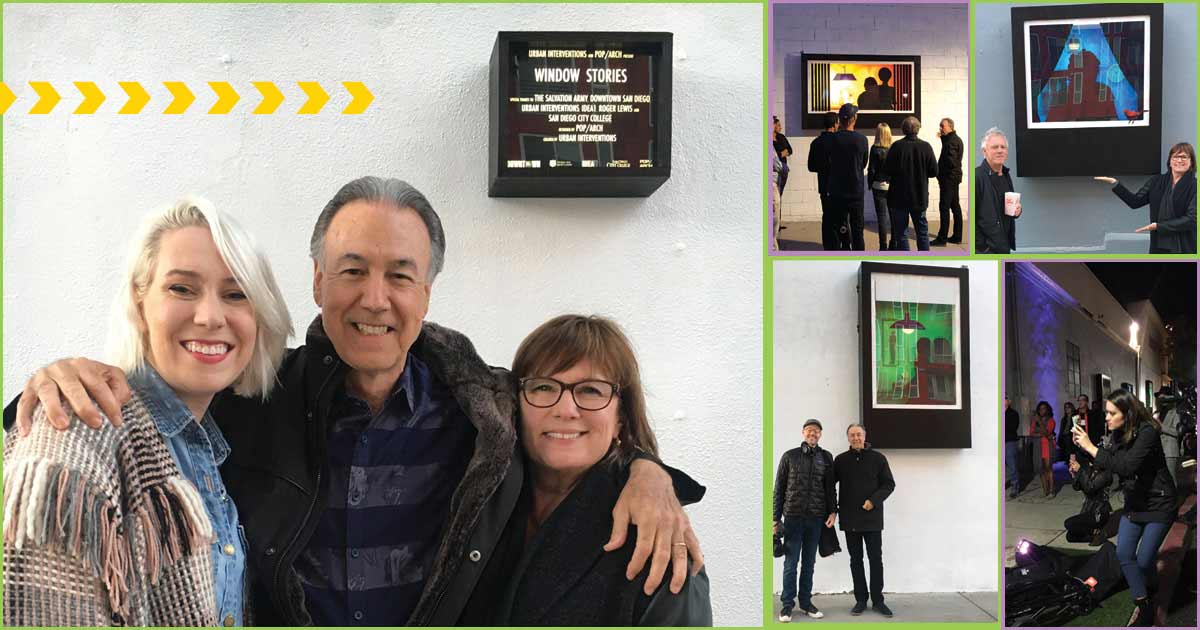 When it comes to improving neighborhoods, Pete Garcia and Beth Callender aren’t holding their breath while waiting for others to step in.

The San Diego couple are the minds behind Urban Interventions, a grassroots nonprofit that takes the initiative to improve unsightly areas in downtown San Diego. So far, the couple have planted trees, cleaned streets and installed artwork in the neighborhood.

“We’re instigators, integrators and we make things happen,” said Garcia, a real estate developer. “We go in, assess what is needed and we use our money, talent and connections to make it happen because the need is now and not three years from now.”

The two have been married for three decades and have a long history of public service in San Diego. Garcia served on the board of the San Diego Regional Economic Development Foundation and the California Commission for Economic Development. While Callender is actively involved in the Urban Land Institute San Diego Tijuana and CDC Gold Product Council.

Urban Interventions is the couple’s “third act,” said Garcia, whose interest in downtown peaked when he began working on the Idea District, a forward-thinking, urban project in the area.

"As we finished the project, we realized we really needed to improve the public realm," he said. "It's about what people experience outside of just buildings. All great cities have great public realms."

With Urban Interventions, the duo have led dozens of volunteers to plant trees, fix a broken street lamp and install original artwork on the Salvation Army building, which was once filled with graffiti. Projects range from $15,000 to $150,000 with a third of the costs covered by Garcia and Callender. The couple also receives support from groups such as the Downtown San Diego Partnership.

The couple said they’re taking action rather than waiting for the city to improve the neighborhood because of the time and costs associated with working with governments. Callender said getting municipal groups involved can complicate simple projects or extend the deadline. She said they chose to focus on downtown because it’s the center of San Diego.

“We strongly believe a strong core of a place improves the entire region,” said Callender, a marketing professional. “The city is the center of local government, arts and culture — it’s the front door of a location and it says a lot about the people who reside there.”

The work of Urban Interventions isn’t limited to visual improvements. The group has also hosted a pop-up art performance titled “Street Stories,” where poets and musicians performed. The event attracted people from all walks of life, including the homeless and police officers.

“It was very much a spontaneous celebration,” Callender said. “It was very meaningful. That is one thing about performance art you don’t get with physical and visual art — it’s of the moment. If you’re there and you’re partaking in that moment, you feel the energy among the other people and you create a memory. It would be great if we had more of those opportunities.”

Susanna Peredo Swap, founder and executive director of Vanguard Culture, a nonprofit dedicated to advancing the arts in San Diego, worked with Urban Interventions on its pop-up performance. Swap said the nonprofit is a “welcomed addition” to the city.

“Their approach to activating underserved areas with public art and live performances provides the community with a much-needed respite and sense of creative spontaneity,” she said.

Downtown residents have also been grateful for the work Garcia and Callender have done to improve their neighborhood.

Kathleen Hallahan, who has lived in East Village for seven years, said creativity is a boon to the local economy.

“Pete and Beth’s efforts are unique and quite impactful as they are enriching the area by creating small scale artistic interventions in the public realm that surprise and delight those who come across them,” she said. “In essence, establishing a subtle, but visible statement of the inventive vibe of the area by a grassroots effort.”

Jayce Venditti, another downtown resident, said Urban Interventions will not only help the economy but will help those cope with current events.

"I only hope that they continue to find ways of doing things that are safe for all, but provide some type of sanity for those in need," he said. “We need to figure out a way of getting more people involved with Pete and Beth… especially now.”

Garcia and Callender said their next project in the works is highlighting empty business windows, which is symbolic of the year.